Atlantic Promotions Inc., a Quebec owned and founded company, is proud to announce that it’s celebrating its 50th anniversary this year. For half a century this company, through its innovative and provocative ads, has introduced a wide variety of ingenious products. Here are some of them : Chammy Vileda, T-Fal, Milan soap, Krazy Glue, Krazy Karpet, Nu Finish, 0skar broom, Vitagrow, Hertel, Pants Saver car mats, Bee Mop, Starfrit, Heritage, Lock & Lock and The Rock, just to name of few. We can easily say that every Canadian home has owned one of these products through the years.

Behind these successful products there is a man, Jacques Gatien, an entrepreneur, a man with a vision who always had exceptional flair to recognize innovations that would appeal to consumers. In the early sixties, hired to perform demonstrations in Quebec, he visited fairs and trade shows promoting  the features and benefits of new kitchen accessories. In 1965, he decided that he wanted to work for himself so he created, with two associates, Atlantic Promotions Inc. It did not take long for him to understand that to sell products, he needed to demonstrate them to consumers; seeing is believing! The mission for his new company was clear from the start: simplify peoples’ lives with everyday products that will transform everyday life. A few years later, he was approached by a television representative offering him the possibility of demonstrating his products live on TV in front of a much larger audience. It was the start of “As seen on TV” and the large scale distribution for the company. Without a doubt, we can say that in Quebec, he is the founder of “infomercials” that we see on television today.

Since its early days, this Quebec Company has shown great creativity in the development and marketing of mass market consumer products and offers consumers dozens of innovative new products each year.

This fiftieth anniversary is the perfect occasion to underline some key milestones and achievements:

To illustrate, if we were to put the total number of products sold in the last 50 years side by side, we would be able to circle the earth twice! There is no doubt that Atlantic Promotions Inc. has clearly earned its reputation.

To highlight this memorable anniversary, Atlantic Promotions Inc. is introducing a special 50th anniversary edition of The Rock fry pan, a star product for the company. This 9.5” fry pan with golden exterior offers superior nonstick performance thanks to its patented steel ball impact manufacturing process, a technology exclusive to The Rock. It is also induction ready.

This special edition fry pan is sold in major retail stores at a suggested retail price of $29.99.

For a recap of the major events in Atlantic Promotions last 50 years, visit our timeline page. 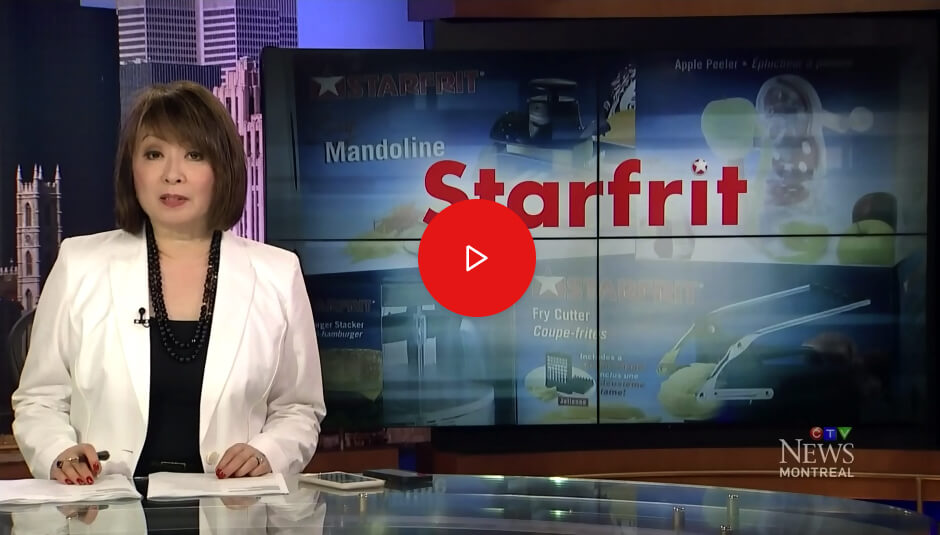 Sign up for our newsletter
For cooking tips, our news and promotions